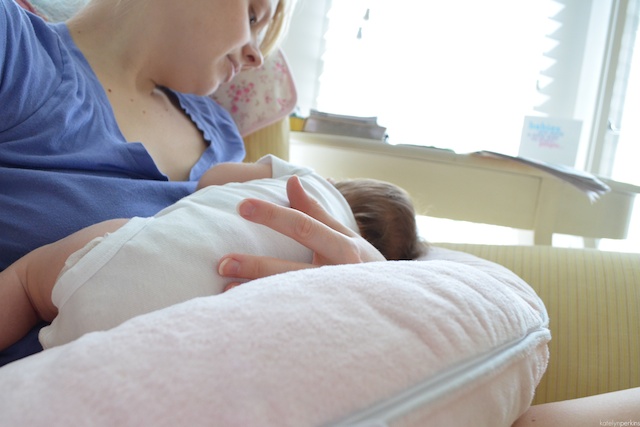 Breastfeeding is awesome. I really, really believe in it. And while it’s something I think about, talk about, and DO every day, I haven’t written much at all about it.

Later this week I’m going to share my personal experiences with breastfeeding, but first today I want to talk about why I feel like it even matters.

On a quick side note, I know not all moms are able to breastfeed. Between 1-5% of moms are physically unable to, and way more lack the information and support needed to succeed. I never want anything I write to make someone feel like I think that they are wrong, bad, less than, or any thing like that. I think we all do the best we can with the information and situations we have at the given time.

Now, back to breastfeeding. It’s awesome. Maybe you know that. Maybe you don’t. Maybe this will just be a nice reminder 🙂

Breastfeeding also has really great effects on mom’s health as well. Breastfeeding helps speed postpartum weight loss (I’ve had an easier time losing weight now than I did before babies, which I’m positive is because of breastfeeding. I mean, I eat all the time and still lose weight. So that’s a plus, right?) Even more meaningful is breastfeeding majorly reduces mom’s future risk of major diseases such as cancer, heart disease, and osteoporosis. The longer she breastfeeds, the lower her risk.

Besides the impressive health benefits, breastfeeding is also awesome because it saves so much money! Formula costs on average between $1,200-1,800 a year. I know there are plenty of other things we’d like to use that kind of money on in our house…

Once established, breastfeeding is so convenient! It is always the perfect temperature, never has recalls, and baby can eat as much as he or she likes and stop when full. Some researchers believe this self-regulation of food intake contributes to the reason that breastfed babies are less likely to be overweight as adults. And back to convenient, you get to skip the step of making a bottle every time baby has to eat (and cleaning them afterwards.)

And finally, breastfeeding is bonding! Have you heard that before? When I was pregnant I felt like I always heard “oh, breastfeeding is so bonding!” and kind of thought to myself, “well, that’s nice, but it’s not like really significant like cancer prevention“, you know? Now that I have children, I realize bonding is SO important. What could be more important than having a strong bond with your child? You will build the rest of your lives together on that.

The sad thing is, despite all the fantastic reasons to breastfeed, according to CDC only 16% of moms are still nursing exclusively at 6 months as recommended by the American Academy of Pediatrics, and only 1 out of 4 babies are still nursing at all at 12 months.

There’s been a lot of cultural shift in breastfeeding ideas and attitudes over the past century or two, and I think it’s starting to shift again, towards the good this time! I sure hope so, for all the moms & babies everywhere 🙂

Many more thoughts to come…

p.s. I tried my very best to be sure to source this post – the links above will take you to some good reads!