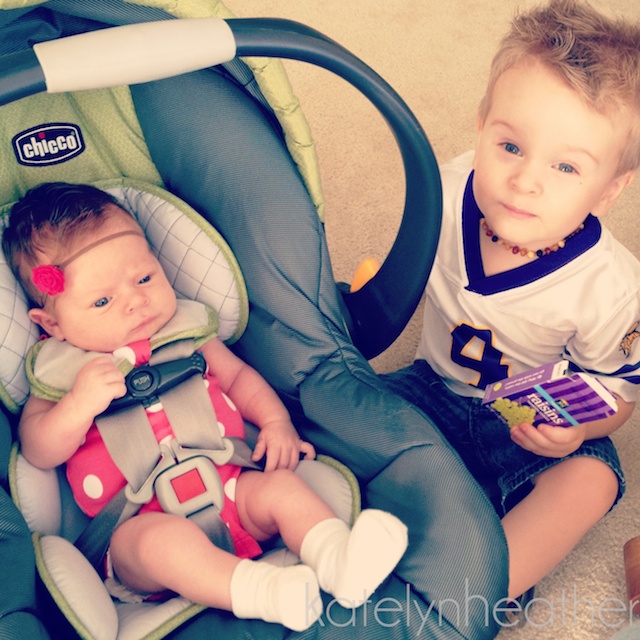 Things have really gotten a lot easier around here lately. Part of that has been due to some natural shifts in nap schedules, and some growing/maturing on a certain toddler’s part, but most overall I think we’ve just finally settled into the rhythm of life with two kids.

It’s been a little over a year since we’ve gone from one child to two. And to be honest, that first year was really kind of hard. I hesitate to say that, because it’s not hard in the sense of so many people’s hard, like being homeless hard, or losing a loved one, or starvation or terminal illness or anything serious like that. But for us, in this season, it had it’s share of challenging moments.

I came across The Happiest Home blog a few months ago and took away some things that have really helped me through the adjustment.

I am a homebody. I like to be home all the time. But since having kids it feels like we just get in a rut of doing the same thing/nothing everyday and it can feel so boring and isolated.

Which is absolutely ridiculous because as along as I can remember this is exactly what I wanted to do – dress babies, play together, make a home, cook meals. And I feel like I always hear ‘It will get easier, they won’t be little forever”, but I’m not satisfied to just wait it out, because I want to be happy now. This is what I want to do with my life. And there are many parts of our days that are really happy. Blissful, wonderful, couldn’t be better. But then others that felt so challenging.

So the Happiest Home said to evaluate what’s not working. For us that meant getting out of the house more. Go to the park, library, quick run to the store, take a walk, just something to do together. And I’ve found that it made me feel so much happier! We don’t go out everyday, but now on the days we stay home it feels refreshing and relaxed, instead of boring and stale, which is great. This was especially helpful in the time slot between Alia’s morning nap and before her afternoon one. At that point we’d been home all day and already done everything we wanted to do, and I just tended to feel really bored when we stayed home. Now over the past couple weeks she’s dropped her morning nap, so we’re figuring out a new routine, but so far, so good 🙂

Doing less laundry. Which sounds like a joke because with another baby you obviously have more laundry, so what I really mean is doing more laundry, less often. Instead of doing a load everyday I do all the loads every three days or so. This helps me not feel like all I do is laundry! I’d rather tackle more at once than feel like it’s never ending. Diapers are an exception to this, those we just wash whenever they need it. But I don’t fold them (just line them up in a pile) so it’s less work in that sense.

On the topic of laundry, getting a laundry basket helped too. I survived the first four years of marriage without one because I folded what was in the dryer immediately after it came out. That does not happen anymore.

Meal planning. I’ve always had a loose meal plan, like this week we’re making meals x, y, & z, but really figuring out exactly what we’re having with which sides on which night of the week has made our days run a lot more smoothly. A lot of times I can at least start dinner in the morning instead of using Alia’s nap time to work on it. And I’ve found myself less frequently in the position of realizing that I’m missing a key ingredient an hour before dinner. The Happiest Home had a great post on meal planning here too.

We still want a big family. And I certainly don’t want to sound like just because some of this season has been hard doesn’t mean it hasn’t also beed really good. But I’m thinking a little more space between the next ones might make for an easier transition. Three years maybe? I’ve heard people say that worked nicely for them, and I can imagine how it would. Anyone tried it? I think there are probably pros and cons to any age gap. I’d love to hear what works for your family. 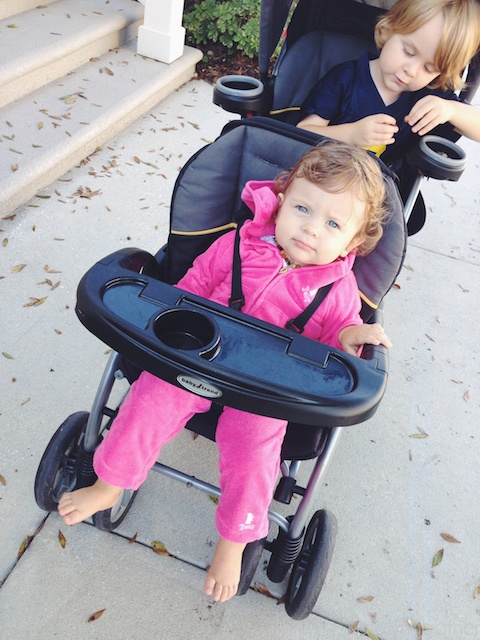